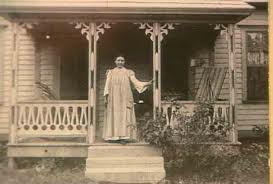 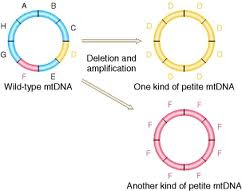 On this day in 1969, Dinae Crump becomes the first female jockey at Hialeah Racetrack in Florida.

Born this day in 1867, Laura Ingalls Wilder, author of the "The Little House" books.
What began as Grandma sharing stories about her childhood turned into one of the most popular in children's literature. Wilder's books shared the stories of her family pioneering in the mid-west during the 1870's and 1880's. The first book "A Little House on the Prairie", was published in 1932 and by 1943 there were eight volumes. The books have been translated into 40 different languages. And in the 1970's and 1980's a popular television series. Laura Ingalls Wilder wrote from the heart and captured the hearts of millions of readers even today. Wilder's daughter Rose Wilder Lane was also an author and supported her mother during her process of writing, "The Little House" books.

Born this day in 1918, Ruth Sager, a pioneer in the field of non-nuclear genetics and in the genetics of cancer. Sager's discoveries have changed the face of cancer and genetics. To read more about this absolutely, amazing and brilliant woman and contributions to these fields.
http://www.nap.edu/readingroom.php?book=biomems&page=rsager.html
Posted by beingwoman at 7:14 PM No comments: 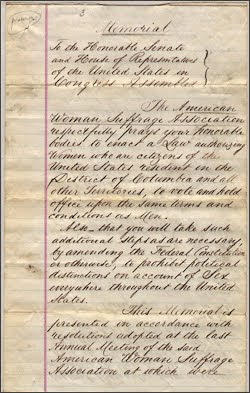 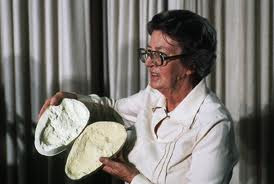 On this day in 1872, The American Woman Suffrage Association petitioned Congress.

Born this day in 1913, Mary Douglas Leakey,archaeologist . Mary's father was a landscape artist and the family lived throughout England,Italy and France. At age 11, while living in Dordogne,France,the area was peppered with prehistoric sites, and after seeing the Caves of Dordogne(oldest cave paintings of animals) she was inspired and knew her future calling. She wasn't bookish, but she began sitting in on lectures about archaeology and geology at University of London. She never earned a degree. But,through contacts and her ability to draw; she was able to work on many excavations. She married Louis Leakey in 1933. They lived mostly in Africa working a long string of excavations. Her first important discovery was the first fossil skull of the extinct Miocene primate Proconsul. In 1959, Mary found the "Zinjanthropus" (Australopithecus boisei) fossil which brought world fame to the Leakey family. But, 1978 Mary Leakey made her greatest discovery, adjacent footprint tracks that had been left by two bipedal hominids. Even though Mary Leakey never earned a degree. Mary Leakey was a giant in the field of archaeology.

On this day in 1952, Elizabeth II succeeded her father, King George VI, upon his death February, 6th.
Posted by beingwoman at 4:59 PM No comments: