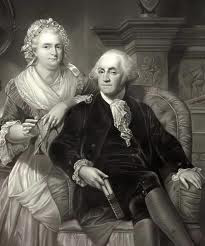 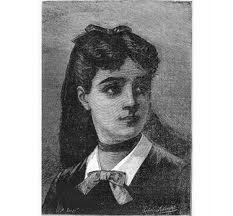 The truth is finally revealed, as Matilda Gage wrote in 1874,"George Washington was a woman! A tall woman, but a woman." Washington understood the importance of hiding her identity and did so by pulling out all of her teeth and by using a masculine mouth piece, white wigs, rouse, and those frilly white shirts. But, the greatest faux was her marriage to Martha or should one say Martin. Martin was a man who enjoyed cross dressing as much as Georgette. April Fools!

Born this day in 1776, Sophia Germain,French mathematician, physicist and philosopher.
Known for her number theory and her work on Fermat's Last Theorem, was used by mathematicians for hundreds of years. Germain was the first woman awarded the grand prize from the Paris Academy of Sciences for her essay on "elasticity theory."
To get notice for her work, Germain used the name, M. LeBlanc to correspond with fellow mathematician; allowing her work to speak for itself. Disapproval from her family and knowing because she was a woman, she could never work professionally in science- Germain worked her whole life as a mathematician. And her fellow scientist also supported and respected her because of her great mind. And no April foolin'.
Posted by beingwoman at 3:21 PM No comments: