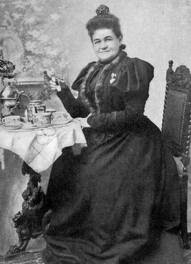 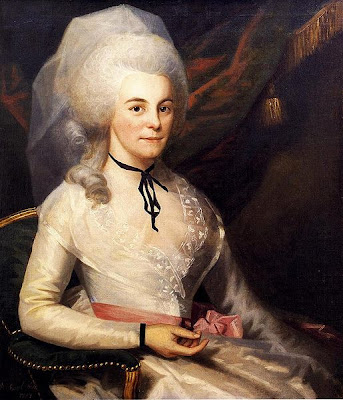 On this day in 1789, Mrs. Alexander Hamilton served ice cream for dessert to her Washington guests.

Born this day in 1859, Christine Terhune Herrick, author of many housekeeping books and articles. Herrick's first article was published in Good Housekeeping's first issue in 1885. Herrick's husband's died and to raise her two sons, she turned to writing. Here is a list of Mrs. Herrick's books about house-keeping and childcare.

Posted by beingwoman at 8:19 PM No comments: Links to this post

Born this day in 1929, Anne Frank, author. The life of Anne Frank was one of supreme joy of being and love, in a time that Nazi torn through Europe destroying the lives of millions. And mostly, the Jewish People, like Anne herself.
Anne Frank with her family and friends disappeared from view, July 1942 until the Nazi were tipped off to their hiding place in August of 1944.
On this day in 1942, Anne Frank was given a gift of a diary for her birthday.
Anne's candid diary entries reveal the power of the human spirit's ability to hope and love the world and live beyond a confined space. After the arrest of Anne and her family, one of their friends collected their photos and papers, and Anne's diary, hoping to return to the Frank family. Only Anne's Father survived the concentration camps. As he read his daughter's diary, he decided to fulfill his daughter's dream of being an "a famous author or journalist".


Born this day in 1912, Eva Crane, world renown bee scientist. Crane began her science career in physics and as a quantum mathematician. But,when she married, as a wedding gift a friend gave them a colony of bees for a wedding gift It changed Mrs. Crane's life's work. Crane changed the world point of view of bees.

Dr. Crane wrote some of the most important books on bees and apiculture, including “The World History of Beekeeping and Honey Hunting” (1999). In a review in The Guardian, the author Paul Theroux, himself a beekeeper, called the book a masterwork “for its enormous scope and exhaustiveness, for being an up-to-date treasure house of apiaristic facts.”

It is said that eating honey daily, extends one's life-span. Eva Crane lived to 95.
Posted by beingwoman at 4:45 PM No comments: Links to this post