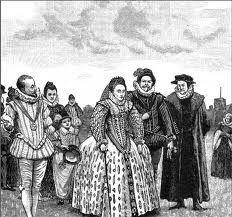 On this day in 1585,the English Queen Elizabeth I, signed the Treaty of Nonsuch which aided the Netherlands, providing them with 5,000 foot soldiers, 1,000 cavalry and annual subsidy of 600,000 florins a year. All to help with the Siege of Antwerp. And for this help the Dutch offered the Queen the title "Governor General of the Province"; Brill and Flushing to England. This provoked the objection of the people of these lands. Well, Queen Elizabeth declined ( a very wise woman in politics) But, the Heads of the English troops did accept!
OFF WITH THEIR HEADS! One did not go against Queen Elizabeth wishes.


Posted by beingwoman at 7:14 PM No comments: Links to this post 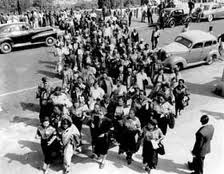 
Posted by beingwoman at 6:21 PM No comments: