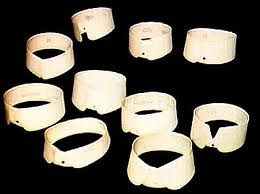 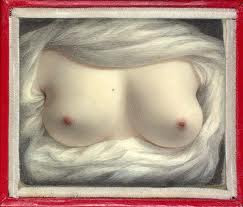 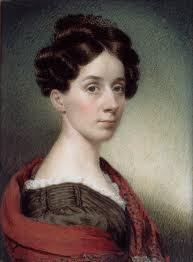 Born this day in 1788, Sarah Goodridge, miniature portrait artist. As a child growing up in Templeton, Massachusett, Goodridge showed a talent for drawing. In 1820, Goodridge moved to Boston, MA to live with her older sister, who was an artist. Goodridge quickly learned the art of painting and was a successful miniature artist for over thirty years. Goodridge retired 1851 because of her eye sight suffered and she could not work on her miniatures. Though, Sarah never married, she did have a relationship with Daniel Webster. He sat for 12 portraits throughout the many years. And she did visit Webster in Washington DC.
In recent times a miniature portrait painted by Sarah of her own breasts, which she titled Beauty Revealed. During this time in Colonial American women's history, it was very rare for a woman expose her breasts in a painting. She gave this artwork to Webster when his first wife died. But, he married his second wife for money because of his political career. Beauty Revealed was found among Webster's belongings. Goodridge died in 1853. Sarah Goodridge's art is found at The Metropolitan Museum of Art and The Smithsonian American Art Museum. But, as far as I can find, Sarah Goodridge is not represented at the National Museum of Women In the Arts.

Hannah Lord Montague of New York creates 1st detachable shirt collar at 139 3rd Street, Troy New York. Montague was sick of washing her husband's entire shirt just for the ring around the collar. So snipping out the collar, so she only had to wash the collar, set a trend in men's clothing that lasted over 100 years. The detachable collar became a major industry in Troy and providing work for women. The first union in the United States grew out of this industry. The Collar Laundry Union!

On this day in 1894, the Women's Suffrage organizes in Amsterdam.
Posted by beingwoman at 9:12 PM