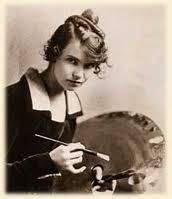 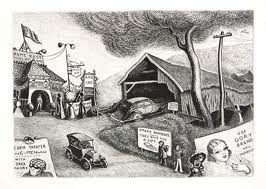 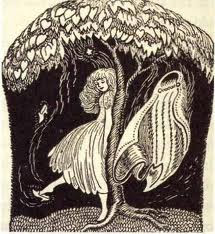 Born this day in 1893, Wanda Hazel Gag, artist, author and illustrator. Gag is best known for her children's book, "Millions of Cats" which has never been out of print in since its publication in 1928. Gag grew up in a large creative family, her father an artist from Bohemia and her mother from Germany. Wanda the oldest of the seven children. The family was very loving and creative. Sadly her parents died, leaving Wanda to provide, which she did, as a teacher. Gag's dream of being a working artist were put on hold until she was sure her brothers and sisters were out on their own. And only then did she go to New York leaving the family home in Minnesota, to study art and fulfill her dreams. When Wanda's father died his last words were, "What Papa was unable to accomplish, Wanda will finish". This became the touchstone for Wanda's career.Which began by drawing sketches for fashion, bu at this Gag was published in the The Broom and Liberator an essay titled, "A Hotbed of Feminists". Gag's children's books have charmed generations of children and adults.She had made enough money to buy a farm in New Jersey which she called, "All Creation". Millions of Cats won Gag the Newbery Honor Award. With a secure career in her children's books, this gave Gag time for her innovative artwork of printing with sandpaper and other printmaking styles. Some titles of Gag's books "Growing Pains: Diaries and Drawings from the Years, 1908-1917" , "The ABC Bunny", "Tales from Grimm"
Posted by beingwoman at 8:30 PM