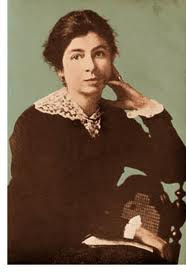 Born this day in 1882, Bertha Mahony Miller, founding editor of the children's magazine, Horn Book. In 1916, Miller opened the first children's bookstore in the United States in Boston MA.

she sketched profiles for her readers of such notable figures as Pablo Picasso, Henri Matisse, Jean Cocteau, Albert Camus, and Charles de Gaulle. Her later editor at The New Yorker, William Shawn, described Flanner as “a poet among journalists. 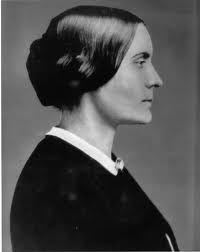 On this day in 1906, Susan B. Anthony died. Anthony dedicated her life to the Women's Suffrage Movement. Traveling throughout the United States,lecturing from state to state, Taxation without representation is wrong all people are created equal, She was arrested in 1872 for trying to vote. Sadly, Anthony did not live to see the day when women could exercise their right to vote. In a time when men held on to laws that considered women, not fully human, brains too small to understand laws, weak minded Susan B. Anthony never gave up from Seneca Falls Convention in 1848 to the day she died, Anthony gave 100%. Thank you, Ms.Anthony.
Posted by beingwoman at 9:12 PM