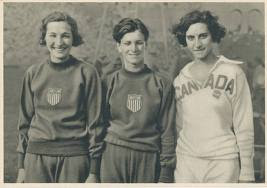 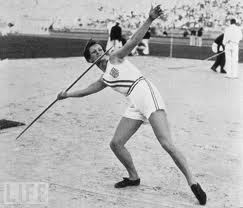 On this day in 1931, the Women's track and field events were approved for the 1932Olympics.
I am including this quote from Babe Didrikson bio, because of the amazing accomplishmenttWmen's US team that qualifies for the Olympics 2 gold medals and a silver! Another point about Didrikson went on have an outstanding career in golf. And is really better known for her golf career.

Babe Didrikson was on the team for Olympic Games in Los Angeles she won the 80-metre hurdles and the javelin throw and was deprived of a third gold medal in the high jump only because she had used the then-unorthodox Western roll to achieve the highest jump; she was awarded the silver medal instead. She also excelled in baseball and softball, swimming, figure skating, billiards, and even football.