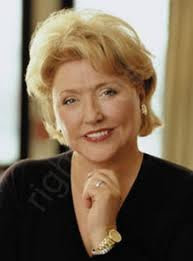 On this day in 1809, Mary Kies was the first woman to be issued a United States patent. Weaving straw, a technique of weaving straw with silk and thread for the use of hat making.


Born this day in 1933,Barbara Taylor Bradford, English novelist. Bradford published her first novel, A Woman of Substance, in 1979 and it has sold over 30 million copies worldwide! She has written 25 novel with her latest book, Playing The Game, was released April 2011.


On this day in 1930, Amy Johnson was the first woman to fly solo from England to Australia.
Posted by beingwoman at 4:02 PM