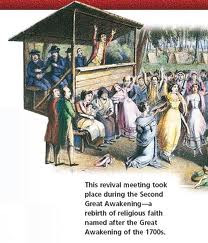 Born this day in 1769, Anne Newport Royall, author and the first professional woman journalist in the United States. In 1831, Royall created and began printing the newspaper Paul Pry dedicated itself to exposing political corruption and religious fraud!
But, before her books, her newspaper: Royall's life prepared her for this occupation. Born in Baltimore MD, raised in western Pa. and when her father died, her mother moved to western Va. Where she found work as the housekeeper of Revolutionary War veteran Maj. William Royall. And Major Royall was very happy to allow his servant's daughter access to his large library. He introduced Anne to Shakespeare to Voltaire. He shared with her that he was a mason and all masons helped each other. In 1797, Anne married Major Royall he was in his 50s and she was 28. For 15 years, Anne lived happily and without any worry of money. And sadly, this would turn out to be the only time in her life this were true. When the major died, the family questioned the will and litigation ensued until in 1819 a jury annulled the will. Anne was left with very little money.

Mrs. Royall decided on a career as a writer. She traveled around Alabama writing letters to her lawyer and friend , Matthew Dunbar. These letters carried the stories beginnings of a young state. Royall was going to sell subscriptions to publish her books (this was common practice for writers) but she needed money. So, she took the collection of letters to Dunbar, she published the book, Letters from Alabama. It was also at this time that she completed the manuscript of her first novel, The Tennessean
It was 1824, and off to Washington, D.C. Royall went to petition Congress for her deceased husband's pension as the widow of a Revolutionary War solider.
Yes, like other revolutionary windows, she appeared before Congress to plead her case.
(double standard of the woman not to have full rights as an American, and live under the law of coverture- where they only have rights under their husband and to with hold his petion to his windows)
It is these experiences that begin to open Royall's eyes to the political double standards of the law.
Little success, Royall began to travel again from Pennsylvania to New York to Boston to New Haven, keeping a very detailed log of her daily life in each town or city she stopped. She wrote about the population's size,the industry, their style of clothing, their dialects, any characters that stood out. She wrote about innkeepers who tried to charge extra and she called them out exposing them. Mrs. Royall was no one's fool.
And when she was in need, she called upon, the Masons of New York, who gave a benefit performance at the Chatham Garden Theater, raising 180 dollars. By 1826, Royall had completed her manuscript of her northern tour. Titled Sketches of History, Life and Manners in the United States, it was privately printed in New Haven. Royall was 57. The Tennessean was published a year later.
These books made many a emeniy for Royall.
In 1831, Royall moved back to Washington, DC and began to publish her first newspaper, Paul Pry. With the help of Sally Stack, the newspaper worked as a watch dog for the public. Written and printed from her home:

The paper, Paul Pry, exposed political corruption and fraud. Sold as single issues, it contained her editorials, letters to the editor and her responses, and advertisements. Royall hired orphans to set the type and faced constant financial woes, which were exacerbated when postmasters refused to deliver her issues to subscribers. until her death at age 85 in 1854, bringing an end to her 30-year news career.

I include this last section and I can't if its just folklore- but it does capture her character.
"While in Washington attempting to secure a pension, Anne caught President John Quincy Adams during one of his usual early morning baths in the Potomac River. It is commonly recounted, but apocryphal, that she gathered the president's clothes and sat on them until he answered her questions, earning her the first presidential interview ever granted."

On this day in 1897, Margaret Thatcher became the first British Prime Minister in 160years to be elected to three successive terms.
Posted by beingwoman at 1:17 PM