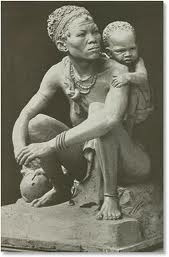 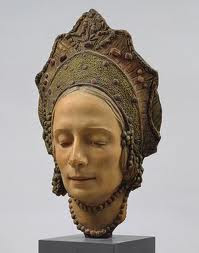 Born this day in 1887, Malvina Hoffman, American sculptor and author. Known for her life-size bronze sculptures of people. In 1930, Hoffman was commissioned by the Field Museum of Natural History in Chicago to create sculptures representing a world view of human cultures for their permanent exhibition, titled "Hall of the Races of Mankind" Creating over 100 sculptures, later the these "world view of human kind" have been seen as dated and not true to the culture of modern times.
Hoffman created many busts of famous persons. Hoffman studied with Auguste Rodin.

On this day in 1876, Sara Spencer became the first woman to address the United States presidential convention.

On this day in 1908, World Congress for Woman's Rights opened in Amsterdam.

On this day in 1921, Bessie Coleman reached France as the United States first black pilot.
Posted by beingwoman at 8:01 PM