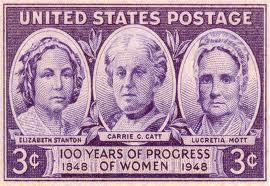 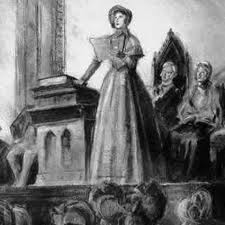 On this day in 1848, 300 women and men, gathered together for The Seneca Falls Convention. The topic, Women's Rights, the reason, to determine the path that would lead to women obtaining Women's Rights, and it did to include Suffrage. The convention leaders who organized the two day convention, Lucretia Mott, and Elizabeth Cady Stanton. There were six sessions, with topics from the humorous to the serious role of women in society.
The women also prepared two documents; the Declaration of Sentiments and a list of resolutions to be debated and modified before being presented for signatures. This moment in her-story is seen as the moment that the Women's Movement in the United States began her long and ongoing journey to equality.
Posted by beingwoman at 5:44 PM