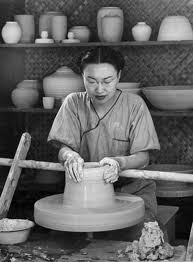 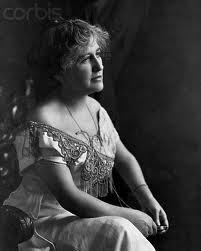 Born this day in 1804, Eliza Roxcy Snow Smith. As a young woman, Snow was a well regarded poet. She was baptized Mormon in 1835 and followed the Mormons across the United States finally settling in Salt Lake City, Utah. In 1845, she married Joseph Smith,Jr. as a plural wife. But, after his assassination, Snow married Brigham Young, as a plural wife. This marriage was one of convenience since she was a Church leader in the Mormon faith. Joseph Smith remained her one true love.
Snow's poetry religious in nature, was set to music and is a staple in the Mormon Hymnal.

Born this day in 1853,Helen Hamilton Gardener. A provocative writer of her time, Gardener's work raised awareness of the social justice issues of the day. She wrote and published books, pamphlets, articles from 1885 to 1900. One of her more popular writings, Sex In Brain 1888; it was a rebuttal to this statement by a prominent physician who declared "...women's brains were inferior to men's brains because they were smaller." In 1920, President Wilson appointed Gardener to United States Civil Service Commission, she was the first woman to hold a high office in the U.S. government.
From Men,Women, and Gods "Nothing gives me more pleasure, nothing gives greater promise for the future, than the fact that woman is achieving intellectual and physical liberty. It is refreshing to know that here, in our country, there are
thousands of women who think and express their own thoughts--who are thoroughly free and thoroughly conscientious--who have neither been narrowed nor corrupted by a heartless creed--who do not worship a being in heaven whom they would shudderingly loathe on earth. Women who do not stand before the altar of a cruel faith with downcast eyes of timid acquiescence, and pay to impudent authority the tribute of a thoughtless yes. They are no longer satisfied with being told. They examine for
themselves. They have ceased to be the prisoners of society--the satisfied serfs of husbands or the echoes of priests. They demand the rights that naturally belong to intelligent human beings. If wives, they wish to be the equals of husbands--if mothers, they wish to rear their children in the atmosphere of love, liberty and philosophy. They believe that woman can discharge all her duties without the aid of superstition,and preserve all that is true, pure and tender without sacrificing in
the temple of absurdity the convictions of the soul."

Another Snow was born this day in 1922. Jade Snow Wong. A ceramic artist and biographer. Her ceramic work was visionary capturing the pure lines of modernism in clay and enameling. Wong autobiography, Fifth Chinese Daughter was published in 1950.
Posted by beingwoman at 4:53 PM