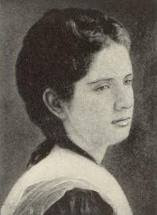 Hello readers, I have been missing. I had surgery January 23rd, my left knee replaced! I thought I would be able run this blog while in recovery- no. So, I am back and doing great! My bionic knee is amazing. If you are faced with this surgery- DO IT.


Born this day in 1850, Laura Howe Richards, author who wrote for both the old and young, and daughter of very famous good deed doers of the 19th century. Richards was the first woman to be awarded the Pulitzer Prize in the category of biography; the subject just happened to her Mother, Julia Ward Howe! Whose known for writing, The Battle Hymn of the Republic Laura's father Samuel Gridley Howe, main founder of the Perkins Institution and Massachusetts School for the Blind and Mute. One of their most famous student Laura Bridgman-(see day Dec. 21st 2010) Richards was her name sake.

Laura Richards wrote over 90 books in her lifetime and many remained in print well after her death. And Richards is the first American and woman to successfully write nonsense Tirra Lirra: Rhymes Old and New.
Eletelephony
Once there was an elephant,
Who tried to use the telephant-
No! No! I mean an elephone
Who tried to use the telephone-
(Dear me! I am not certain quite
That even now I've got it right.)

Howe'er it was, he got his trunk
Entangled in the telephunk;
The more he tried to get it free,
The louder buzzed the telephee-
(I fear I'd better drop the song
Of elephop and telephong!)

Born this day in 1818, Emma Marwedel, educator, pioneer in early childhood education, introducing kindergarten to the United States.
Posted by beingwoman at 8:24 AM