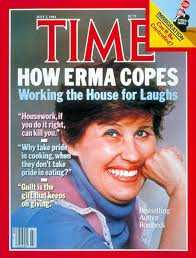 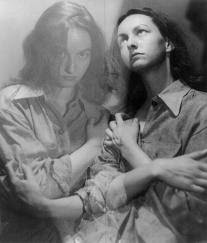 Born this day in 1903, Anais Nin, author. Her work was based on her journals and diaries. These accounts were often based on her relationships, erotica, and love.
And her life was interesting enough to produce several books during her life, and then after her death the diaries and journals were published, unedited. These unedited dairies truly put a twist on Nin's novels, especially her early book,Incest. A well known relationship with author Henry Miller and his wife June, produced critically acclaimed book and feature film, Henry and June.

Born this day in 1927, Erma Bombeck, author. Bombeck took the trials and tribulations of motherhood and the housewife and found the humor. It began with a newspaper column that grew in a following of 30 million readers in 900 newspapers from 1969-1996. Operation Dustrag. Bombeck was the comic savior. Removing the seriously clean and well behaved family portrait that had absolutely nothing to do with reality and replacing it with life. Her books were of great comfort to the American housewife; being able to laugh at the some of the absurdity of child rearing and of course, the housewife. The titles of Bombeck's books: The Grass Is Always Greener Over The Septic Tank, If Life Is a Bowl of Cherries, What Am I Doing in the Pits? Aunt Erma's Cope Book
Posted by beingwoman at 10:35 AM