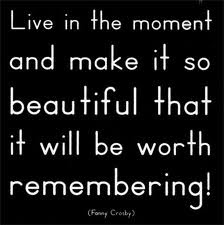 Born this day in 1820, Fanny Crosby,poet and the most prolific hymnist in history. Crosby wrote over 8,000 hymns in her life time. Blind since she was an infant, which Crosby understood as more of gift from God, allowing her to see music. Crosby also wrote under 200 different pen names. Because her publishers didn't want the public to know Crosby wrote most of the hymns. At the age of 15, her mother sent Crosby to The Institution For The Blind in New York City. Crosby was born outside New York City in Putman County. And at the age of 23, Crosby spoke before Congress with 19 other blind students. Requesting funding for the education of the blind. Crosby wrote a poem. This a life changing experience, many of the politicians befriended Crosby. Fanny married her sweetheart since she was 20, Alexander VanAlstyne at the age of 37, a good marriage of 44 years. One child that died as an infant. Crosby always created from her heart, honest and filled with joy and love. Her music is still used worldwide. Fanny Crosby could call friends from all walks of life, to several American Presidents, to the poor in need of her comfort. All prefect in the eyes that see all. Fanny wrote her first poem at the age of 11 and died at the age of 94, almost 95. 83 years of music and poetry!
Crosby's first book, The Blind Girl and Other Poems,published 1843, Her books of poems published Monterey And Other Poems (1849); A Wreath Of Columbia's Flowers (1859); Bells At Evening And Other Poems (1898); and Memories Of Eighty Years (1907).
Posted by beingwoman at 7:49 AM