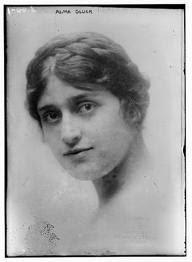 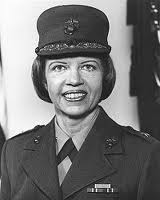 On this day in 1978, Margaret A. Brewer became the first woman general in the U.S. Marine Corps. Brigadier General Brewer retired on July 1, 1980.


Born this day in 1884, Alma Gluck, a famous soprano of her time. Gluck was the first recording artist to sell one million records. The song? "Carry Me Back To Old Virginny" Gluck background was in classical music, and her first success was with the Metropolitan Opera of New York City. But, most of her career was as a recording artist with Victor Talking Machine Company.
Posted by beingwoman at 10:49 AM