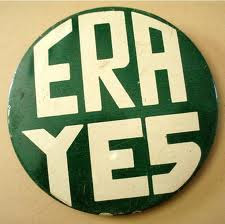 On this day in 1974, Alberta Williams King was shot dead by a man from Ohio, as she played The Lord's Prayer on the organ, during a Sunday Service at Ebenzer Baptist Church in Atlanta, GA. This fact is so little known, it is outrageous. The Mother of Doctor Martin Luther King, Jr. a man who so bravely lead the Civil Rights Movement, the man who the United States honors with a special day, his mother suffered the same fate as her son. A life cut short by senseless violence.

When I began this blog in June of 2006, I would google today in history and then follow the leads. Mrs. King's lead simply stated, "Mrs. King shot." Not one word as to who was Mrs. King. And as I followed the leads and learned the truth, I was shocked! I still will ask people, if they know about the fate of Dr. King's Mother and sadly most people do not. This is a measure as to much women are written out of history!

On this day in 1966,the National Organization for Women (NOW)was founded.

On this day in 1982, the Federal Equal Rights Amendment failed short by 3 states of ratification.

Section 1. Equality of rights under the law shall not be denied or abridged by the United States or by any State on account of sex.

Section 2. The Congress shall have the power to enforce, by appropriate legislation, the provisions of this article.

Section 3. This amendment shall take effect two years after the date of ratification


To read more go to www.equalrightsamedment.org On March 8th, 2011, this bill has been reintroduced to the Congress.
Posted by beingwoman at 2:07 PM