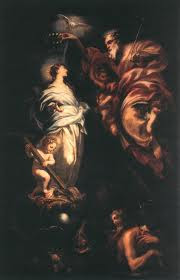 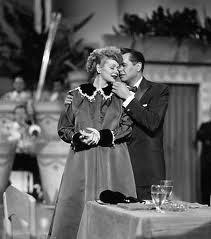 On this day in 1854, Pope Pius IX proclaimed "The Immaculate Conception" meaning Mary, Mother of Jesus, was free of Original Sin.
Also on this day in 1952, television acknowledged a pregnancy- and of course that was Lucille Ball in the sitcom, "I Love Lucy." Now, the "network" would not allow the word pregnancy. So Ricky, says, "spectin'?" Lucy did not want to take time off for duration of the pregnancy. They had a hit show. First the excutives said, "No." So, Lucy and Desi contacted a Catholic Preist, a Rabbi, and Protestant Minster and asked if it was immoral to acknowledge a pregnancy on television. They all said,"No".
So this is the day that points out repeatedly throughout history that pregnancy is a blessed time.
Oh, and Lucille Ball was the first woman exceutive producer in the television industry. She had to prove to the network that she knew her audience. They did not like the pilot for "I Love Lucy". They thought Americans would not like a Cuban married to an American. So, Desi and Lucy hit the road selling out in theatre's throughout the United States. So network gave them a shot. And the rest is TV history. One of the most popular television series of all time!
I wonder if the Arnaz chose this date to announce to TV land that they were, "spectin'"; in honor of the Immaculate Conception. All Catholics would have gone to Mass that day. And then at night in front of the TV, Lucy is "spectin'".
Posted by beingwoman at 6:42 AM No comments: