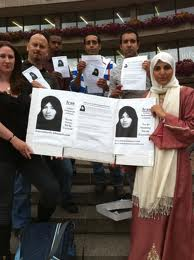 On this day in 2010,rallies were held in Paris,FR. New York City, Ottawa and other major cities throughout the world-to demand the release of Sakineh Mohammadi Ashtiani
She is an Iranian woman who is facing execution for adultery. Stoning women to death is barbaric and a horror and to think there are courts of law who think this is a form of justice is madness. Ashtiani's nephew is now being held in prison for demanding freedom for his aunt. And even IF Ashtiani had an affair, it is not a reason for death for man or woman. If you would like sign the petition and learn more about this story, www.freesakineh.org

On this day in 1990 Ms. Magazine was back on the newsstands after an 8 month hiatus.
Posted by beingwoman at 7:16 PM No comments: 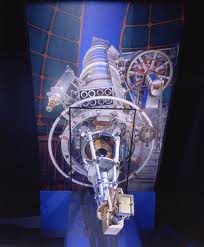 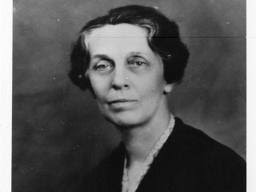 Born this day in 1880, Emma Carr,chemist and 7th woman to receive a physical chemistry Ph.D. from the University of Chicago. As Head of Department of Mount Holyoke Carr created a research program studying ultraviolet spectra of hydrocarbons, and established a link between the frequenciabsorptions and the enthalpy change of combustion of the compounds.
Carr was also the Carr was the inaugural recipient in 1937 of the Francis P. Garvan Gold Medal of the American Chemical Society (ACS), established "to recognize distinguished service to chemistry by women chemists".
The chemistry building at Mount Holyoke College was dedicated in her honor in 1955.

Today is the Feast Day of Saint Bridget of Sweden.
Posted by beingwoman at 1:12 PM No comments: 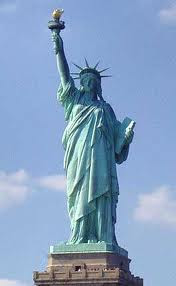 Born this day in 1849 Emma Lazarus, poet. Lazarus is best known for her poem "The New Colossus", that is engraved at the foot of the Statue of Liberty.

Give me your tired, your poor,
Your huddled masses yearning to breathe free,
The wretched refuse of your teeming shore,
Send these, the homeless, tempest-tossed to me,
I lift my lamp beside the golden door!
-- Emma Lazarus, "The New Colossus"

These words echo the story of who is, America. May we never forget.
Posted by beingwoman at 12:46 PM No comments: