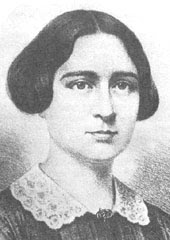 Born this day in 1825,Antoinette Brown Blackwell , minister. Blackwell was the first woman in the United States to be an ordained minister. Brown began her journey to the pulpit at an early age. Welcomed into her family's church Congregational Church at the age of nine and began her public speaking as young person.
Educated at Monroe County Academy which after, she taught school. But, this was what Brown wanted to do with her life. She wanted a degree in theology from Oberlin College and a career in the pulpit.
Brown earned the tuition and with the help from her parents who believed in higher learning for all, not just white men. Enrolling in 1848, after finishing all the courses women were allowed to study. And after much discussion, the school finally allow Brown to study but she was allowed to practice because the school board believed women were not suitable to being ministers. But, Brown was a prolific writer and powerful public speaker. After graduation, Oberlin still denied her a minister licence.
But, as they say, you can't hold a great woman down. Brown wrote for Frederick Douglass' abolitionist paper, The North Star.

Brown was also a woman who believed in Women's Rights and understood the Bible as not a text to subjugate women. This was a little unusual for one in the ministry.
She spoke at the first National Women's Rights Convention in 1850. A speech that was well received and lead to many speaking tours about abolition, temperance and Women's rights. Brown went ot speak at many future Women's Rights Conventions.
It must be noted, Antoinette Brown Blackwell was the only woman who attend the first National Women's Convention and was still alive when the 19th amendment.

The Sexes Throughout Nature in 1875in which she argued that evolution resulted in two sexes that were different but equal. She answered Charles Darwin and Herbert Spencer who she considered to be the most influential men of her day aware she would be considered presumptuous for criticizing evolutionary theory but wrote that "will never be lessened by waiting". Darwin had written a letter to her in 1869, thanking her for a copy of her book, Studies in General Science. She also wrote a novel, The Island Neighbors, in 1871, and a collection of poetry, Sea Drift, in 1902.

On this day in 1867, the British Parliament rejected John Stuart Mills law on Women Suffrage.
Posted by beingwoman at 3:42 PM No comments: 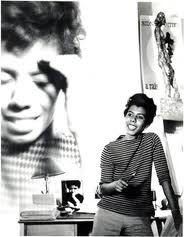 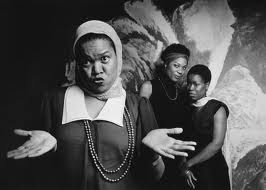 Born this day in 1930, Lorraine Hansberry, playwright. Hansberry is best known for her outstanding play, A Raisin In the Sun This play was the story of her family's struggle and legal battle against segregated housing laws in Washington Park subdivision Southside Chicago. Hansberry also wrote political speeches, letters and essays. College in the mid-west was not for Hansberry, so a move to New York City. It was 1950 and Hansberry was studying at The New School, there she worked on the school's newspaper Freedom, under the name Paul Robeson. It is at the time Hansberry wrote A Raisin In the Sun. It was first play written by an African-American woman to be produced on Broadway At the age of 29 she was also became the youngest American playwright AND only the 5th woman to receive the New York Drama Critics Circle Award for Best Play. Other plays produced on Broadway in her lifetime were The Sign in Sidney Brustein's Window which closed after 110 performances which was also the day Lorraine Hansberry died,at the young age of 34.
Hansberry's ex-husband Robert Nemiroff was the executor of her unfinished manuscripts.
Nemiroff adapted several of her writings into the play, To Be Young, Gifted and Black the longest running Off Broadway play of the 1968-69 season. He also made some minor changes the play Les Blancs which Julius Lester felt was her best work. Lorraine Hansberry's work has remained important to the Arts, to Life and wow, we only had her for a very few moments on this Earth, but those moments have turned into generations of influence in our culture.