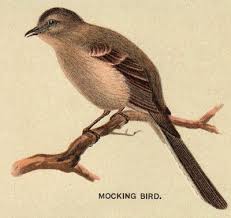 Nineteen hours ago beloved author Harper Lee passed away in her sleep, tucked away in her hometown of Monroeville, Alabama. Lee wrote To Kill A Mocking Bird, published in 1960  to rave reviews; the following year she was awarded the Pulitzer Prize. And on Christmas Day 1962, the film was released. Like the book, it was an instant classic.

By 1964, Harper Lee was finished with interviews and the public. Harper did keep an apartment in New York City, but when her sister Alice became ill, Lee moved back home for good.

The choice to live a quiet life in her hometown may be hard to understand in times when living in front of cameras and microphones is viewed as a magical carpet ride to fame and fortune and all the fat trimmings life can offer.

In 2015, to the great surprise of the world, Lee's second novel was published. Go Set A Watchman was written before To Kill A Mocking Bird. And considering that more than fifty years had passed since her first book was published, the eager anticipation with which the reading public greeted the news of a second is a testament to the power of Lee's writing.

Monroeville, Alabama, I am sorry for your loss,  Peace.

I did not read the book before I saw the film. It was one of my secret Sunday movie- watching afternoons--at a hotel my folks ran, The Lake Hill Motel. On Sundays, the guests checked out a little late and the rooms would not be cleaned until the next morning. I would grab a soda from the storage room and watch old films in rooms not yet cleaned for the next guest.

The cigar box, its contents and Scout dressed as a leg of ham. Playing and not getting caught when dared to touch boundaries outside of home base, marbles and Boo.  His soap figures humble me even now. And then the disease of hate. Black and white. I cannot imagine this film in color. This classic film is held in such regard, no one would try. Maybe when we who are here now have passed away, someone will feel the need to find colors that speak louder than black and white, though I doubt it.  --Bridget

Posted by beingwoman at 2:09 PM No comments: