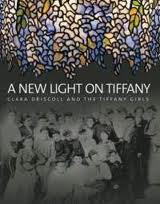 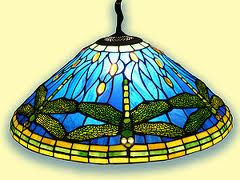 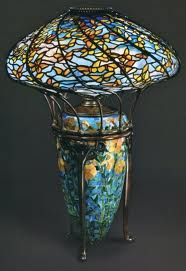 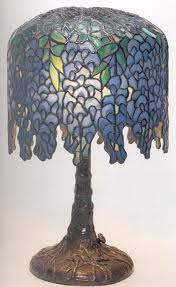 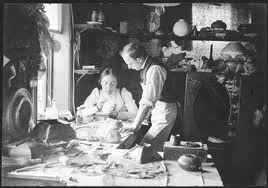 Born this day in 1861, Clara Driscoll,stained glass designer for Tiffany's. Yes, it was once believed that only Louis Comfort Tiffany and some of the male designers were the only designer of all those beautiful lamps and stained glass windows and glass. Margaret K. Hofer and Martin Eidelberg researching at the Queens Historical Society found in a box some books and letters written to Clara's mother, revealed the truth about the work and designs of Clara Driscoll and her Tiffany Girls! Again, when history takes a closer look, women are indeed involved!
Tiffany, himself was very close about what went on in his company. Men and women worked separately from each. Only the men were allowed to join the unions, and the women were not allowed to join the unions AND if they married, they had to quit their job.
Now, back to Clara Driscoll who worked for Tiffany for over twenty years. She designed and directed the designs of lamps, mosaics, windows and other decorative objects. The researchers who discovered Driscoll's letters believe her first design, was the "Daffodil lamp" and some of Tiffany's most famous works are now credited to Driscoll. "Wisteria, Dragonfly, and Peony" are some examples of her work.
The Tiffany Girls were also responsible for the selection of the glasses for each project, and many historians have wondered as to why the glass that was being used improved...it is when Driscoll came to work! So, for over 100 years, Tiffany and the male designers took credit for art that was not theirs to take. And so the light now shines where it should. "A New Light on At Tiffany"(the title of the exhibit of their work at New York Historical Society in 2007.)
Posted by beingwoman at 6:33 PM 3 comments: