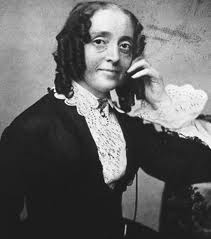 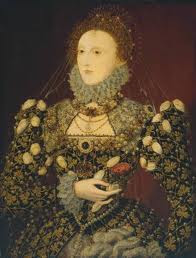 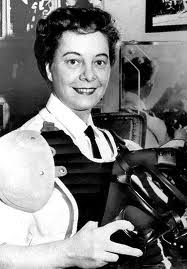 Born this day in 1810--Ernestine Rose, an atheist-feminist, individual-feminist and abolitionist. Each label listed is a choice Ernestine made in living a life of freedom as a woman. After seeking legal redress to get out of an arranged marriage, Rose eventually chose a husband on her own. The couple immigrated to America and settled in New York City in 1836. In the same year a "married woman's act" was introduced to seek civil and property rights for married women in the State of New York. Rose wrote a petition and collected signatures in support of the new legislation. Alas, with only five signatures, the first petition did not help the doomed bill when it was voted on in the state legislatures of New York in 1838. [This was the first petition ever submitted in favor of women's rights.] Rose continued collecting signatures and submitting petitions for the next ten years and in 1849 these rights became law!
Ernestine Rose is a member of the "pantheon of great American women" which included Elizabeth Cady Stanton, Lucretia Mott, Susan B. Anthony and Sojourner Truth. Though lesser known than some of her contemporaries, Ernestine Rose believed in truth, justice and liberty for all.
On this day in 1972, Bernice Gera won her suit against The National Association Baseball League. In 1967, Gera entered a six week course at Florida Baseball School training for umpires. She excelled in training, but when she applied to work as an umpire Gera was rejected; stating that she did not meet the physical requirements of the job.
On June 24th, 1972, Gera umpired her first professional game. A double hitter. She resigned between games. No one would cooperate with her on the field.

On this day in 1559, Elizabeth Tudor, was crowned Queen of England. Her mother (Anne Boleyn) was the first wife that Elizabeth's father King Henry VIII had beheaded on trumped up charges of adultery (although her real crime was in not providing the king with a male heir.)
Posted by beingwoman at 3:09 PM 1 comment: