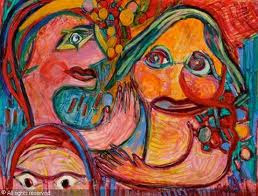 Josephine White Griffing, was born this day in 1842. Griffing spent her lifetime as an active reformer for anti-slavery and Women's Rights. She did marry and moved to Ohio and there her home was one of the stops on the Underground Railroad. In the 1850's Griffing traveled throughout Ohio, Michigan and Indiana lecturing about the Anti-Slavery Movement. She also wrote articles for the "Anti-Slavery Bugle". In 1862, Griffing moved to Washington, D.C. with her three daughters; leaving her husband behind in Ohio. Freed slaves were pouring into the D.C. area in large numbers and Griffing moved there with a plan to help organize this movement.And Abraham Licoln supported her work. Griffing was also a Member of the National Freedmen's Relief Association. In 1863, she worked on the Bill "Emancipation of Slaves" which finally passed in 1865 in the House of Representatives. Griffing establshed an industrial school for freed women slaves and upon ccompleting this schooling, the women were given a set of clothes. And Griffing also helped to move these women North to homes and jobs. Griffing also worked for the Women's Suffrage Movement. Josephine spent her life helping to free slaves and then to help create a better life.
Posted by beingwoman at 1:12 PM