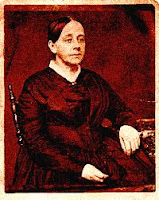 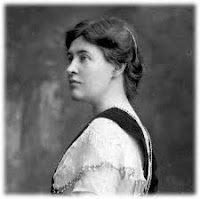 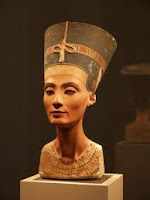 One of the most remarkable women of the 19th century was born this day in 1801. Abigial Hopper-Gibbons was a Abolitionist, Activist, Nurse during the Civil War. She spent her life fighting for prison reform,welfare reform, Civil Rights. She was the founder of the Women's Prison Association (still around making a difference) which helped women "accquire life skills". She was also one of the founders of the United States Sanitary Commission and Mrs. Gibbons is the founder of New York Diet Kitchen for infants, the sick and the poor. Yes, Abigail H. Gibbons was a saint. She did this work hand in hand with her Father and Husband. A friend was quoted saying,"They had a natural love for sinners." This was during a time when it was thought that if things were going badly- you did something sinful to bring it upon oneself!

Also on this day, Willar Cather was born in Gore, Virginia in 1873. A novelist who was awarded the Pulitzer in 1923 for her novel, "One of Ours" which took place during WW I. Ms. Cather wrote about growing up in the Plains. Other titles are, "O Pioneer", "My Antonia" "The Song of the Lark". For more information go to www.willacather.org

Oh and the bust of Queen Neferete was found on this day in El-Amarna, Egypt.
Posted by beingwoman at 11:44 AM