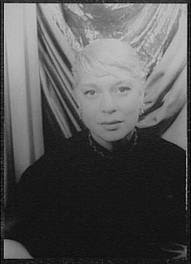 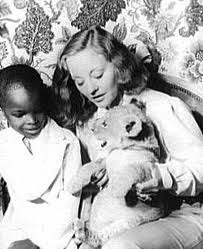 HAPPY BIRTHDAY, CAROL CHANNING!! 90 years young today! Born this day in 1921 Carol Channing has been a working actor for 70 years! No For An Answer stage 1941 was her first show. Ten years later Channing landed the role that made her a star in the musical,Gentleman Prefer Blonde's as Lorelei Lee, and the signature song, Diamonds are a Girl's Best Friend Channing went on to create another great role Dolly Levi in the musical, Hello Dolly. Channing has also worked in film and television and was nominated for an Academy Award Best Supporting Actress in the film, Thoroughly Modern Millie and she won Golden Globe. Channing also won three Tony Awards including the Lifetime Achievement Award in 2005.
Carol Channning is currently married to her junior high school sweetheart, Harry Kullijian , together they promote arts education with the Dr. Carol Channing and Harry Kullijian Foundation.

"My mother said, 'Carol, would you like to help me distribute Christian Science Monitors backstage at the live theatres in San Francisco?' And I said, 'All right, I'll help you.' I don't know how old I was. I must have been little. We went through the stage door alley (for the Curran Theatre), and I couldn't get the stage door open. My mother came and opened it very well. Anyway, my mother went to put the Monitors where they were supposed to go for the actors and the crew and the musicians, and she left me alone. And I stood there and realized – I'll never forget it because it came over me so strongly – that this is a temple. This is a cathedral. It's a mosque. It's a mother church. This is for people who have gotten a glimpse of creation and all they do is recreate it. I stood there and wanted to kiss the floorboards."


Born this day in 1902, stage and film legend Tallulah Bankhead. Began her life in Huntsville, Alabama, her mother died shortly after her birth and her father and grandfather were the movers and shakers in the Democratic Party. Mr. Bankhead was in the House of Representatives,and the Speaker of the House from 1936 to 1940.
Bankhead began her career at age 15 and at this time she won a beauty contest. Using this as a basis to talk her Father into allowing her to go to New York City for a try at a stage career. Tallulah got her wish! Little success in the Big Apple, she moved to London and there in the Westend (London's Broadway) theatres, a star was born. This said what really was Bankhead's calling card in life, was her life! Larger than life, Bankhead was outrageous, and known for anything from her drug abuse to removing her clothing while in conversation. Throwing parties that went on for days and then Tallulah's wit which is still quoted today. Said to have inspired the Disney character Cruela DeVille in 101 Dalmations, she called everyone, "Dahling". It is thought that her best film role was, Lifeboat(1944) directed by ALfred Hitchcock. Talullah Bankhead was known for her very unusual voice(very deep) and her very unusual mind and wit. Here are a few of her great quotes.
"My father warned me about men and booze but he never said anything about women and cocaine.”
"Television could perform a great service in mass education, but there's no indication its sponsors have anything like this on their minds."
"If you really want to help the American theater, don't be an actress, dahling. Be an audience."

It is very interesting that both these female actors born the same day 19 years apart have very dististive voices.
Posted by beingwoman at 11:50 AM