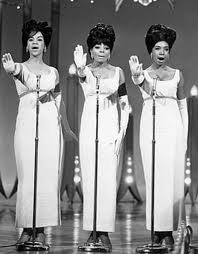 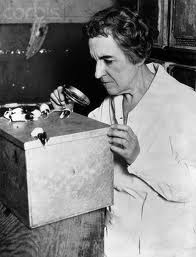 Born this day in 1879, Maud Slye,a pathologist that changed the way science viewed cancer and the approach cancer research. Slye "invented the genetically uniform mice as a research tool" and she was also "an advocate for the comprehensive archiving of human medical records from birth to death." To follow the genetic history of cancer in human beings and other health issues was ground braking. These concepts are taken for granted in modern science, but in the early part of the 20th century, people thought that cancer was contagious which her work proved untrue. What sparked the idea for Slye, was a group of cattle from the same ranch who all had eye cancer.
Creating research mice and to follow their lives both healthy mice and unhealthy mice.
In later years, Slye posited that "two conditions were necessary to produce cancer: inherited susceptibility, and prolonged irritation of the cancer-susceptible tissues." This proved not to be completely true, future studies proved there is more to cancer than these two factors. But, it does not discount the outstanding research and the new approach to the research. Maud Slye received many honors and awards for her work. Slye never married. To read more about this amazing woman and her career achievements:
(1879-1954) http://www.faqs.org/health/bios/35/Maud-Slye.html#ixzz1DJLF7U00

On this day in 1965,The Supremes released "Stop In The Name of Love".

On this day in 1964, Rep Martha Griffiths address gets civil rights protection for women being added to the 1964 Civil Rights Act.
Posted by beingwoman at 10:17 AM