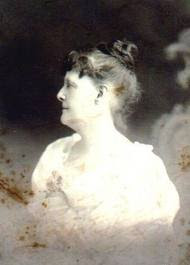 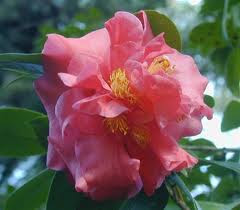 Born this day in 1844, Mollie Evelyn Moore Davis, poet, author and editor. Mollie was born in Alabama and at age 16 the family move to Texas and it is here, Mollie began her career  of writing for the Tyler newspapers. Over the next several years Mollie's poetry gained state wide attention. First book, " Minding the Gap and Other Poems",  was published in 1869 and 1872. In 1874, marriage to Mr. Davis(who was on the staff of the New Orleans Times) included a move to New Orleans, LA. By this time, Davis was a nationally recognized poet.
Davis wrote about her experiences of learning about her new home in a group of essays, "Kerenhappuch and I," in the Picayune New Orleans Times.For which she was an editor. Davis was known for her home salons. Listed below are her other works.

Davis also had a camellias named in her honor(yes the bloom above). so cool!
Posted by beingwoman at 11:32 AM