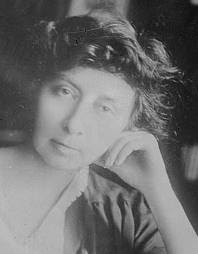 Born this day in 1869, American playwright and producer, Rachel Crothers. Ms. Crothers plays revolved around the issues of the 20th century woman. Her play's dialogue was known for sounding real and honest, be it a comedy or drama. "The Three of Us" was her first big success. And Crothers wrote and produced about a play a year. Howard Taubman wrote,"..used the stage to articulatethe case forwoman's freedom. Battle won-she did not shrink from poking fun at theliberated woman's pretensions." She was also known for helping to found "The American Theatre Wing" and many other relief programs. In 1939 Crothers was awarded the "Chi Omega" Elanore Roosevelt presented the gold medal. Crother's career spanded from 1903-1949.
Posted by beingwoman at 7:01 PM