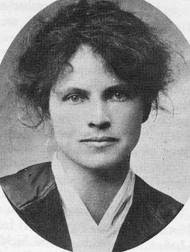 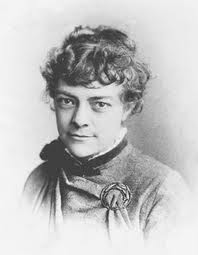 Born this day in 1858, Margaret Warner Morley, author of children's books, biologist, educator. Morley books connected children to nature in a realistic way, but always with child like wonder.

Song of Life (1891), Insect Folk (1903), Little Mitchell, the Story of a Mountain Squirrel (1904), and the Apple-Tree Sprite (1915). Many of her books were used in the classroom as texts. Her, The Renewal of Life: How and When to Tell the Story to the Young (1906), is a sensitive and frank account of procreation. The Carolina Mountains, written while Morley was in residence in Tryon, North Carolina from 1890-1920

Born this day in 1879, Dorothy Canfield Fisher, educational reformer, social activist and author. Canfield studied with Maria Montessori while in Rome Italy(1911-12). And in 1912, published, The Montessori Mother Also introducing the Montessori Method of education in the United States. Canfield wrote children's books:
Understood Betsy,The Bent Twig (1915), Home Fires in France (1918), The Day of Glory (1919), The Brimming Cup (1921) and The Home-Maker (1924)
Canfield was also an advocate for adult education and served on the selection committee The Book of the Month Club from 1925-1951. Also, named in her honor since 1959, The Dorothy Canfield Fisher Children's Book Award   which the recipient is selected by the votes of their young readers.
Posted by beingwoman at 9:05 AM