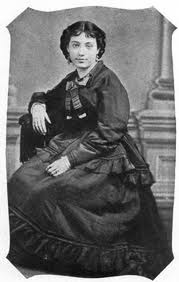 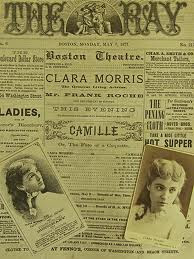 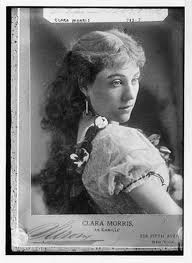 Born this day in 1846 or 1848, Clara Morris, an American Actress. At a time when most actors used a stylized approach to the characters they portrayed, whereas Morris was a "Method" actor. Emotional, honest and very believable. Morris began her career in Ohio, her mother a single parent- Morris was a child actor. The move to New York City came when she accepted an offer to join the Daly Theatre Company. In the Fall of 1870, Morris first play a comedy Man and Wife The New York Herold wrote of her debut at the Fifth Avenue Theatre:

Miss Clara Morris, a young actress from the West, made her first appearance at this theatre and achieved a success of the most unqualified kind. Her appearance is exceedingly engaging, her action evinces large experience in the stage, and she invested the character with rare delicacy, tenderness, dignity and all the varied qualities it demanded

Morris worked most of her life as an actor and she did marry in 1874. Morris was also a published author and wrote several books from 1885 until 1910. In 1901, Morris wrote Life on the Stage: My Personal Experiences and Recollections Sadly,in 1911, Morris lost her sight and lived in blindness until her death in 1925.
Posted by beingwoman at 8:15 AM