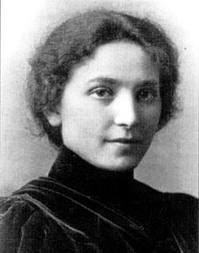 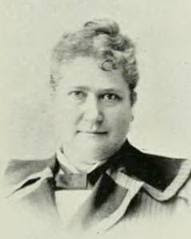 Born this day in 1850, Alice French, author- penn name Octave Thanet. During the Victorian times that French lived in, women were making great strides in higher education which then lead to careers outside the home, such as doctors, lawyers, engineers, scientists, professors in colleges, authors, designers,military- pick a field and there were women working in it. And of course at the core women's suffrage movement was in full swing, along with other social justice issues of the day such as, Unions in the factories that protected workers and removed children out of the dangerous factories as we know, but maybe need to remember today.
But, in all things, there is the other side of the coin. The concept of this "Ideal Woman" in Victorian times, was one a homemaker and mother never venturing outside the realm of home or she did it was a woman's club. But, to be in a business of any kind was deemed very unwomanly.
Now, our birthday author today, Alice French , was indeed a business woman who wrote under a penn name of a man, Octave Thanet from 1878 to 1913. French's short stories were published in magazines for women which appealed to the homemaker; her novels portrayed the "Ideal Woman", one like stated above unable to cope in the business world. BUT, French did! Pretending to be a man Ms. French was able to hid her business from the world and could be viewed as a lady- all in frills and gentle. BUT, she wasn't! French was a working business woman, who because of using a male name was paid what a man was paid.
So as the women of world were standing up for equal pay and suffrage, there were also women like Alice French, who promoted the Victorian standard of woman, while all along profiting at their expense. A double standard.
And if French had been honest with her public, she might not have ended her life in obscurity. French was against the issues of the day, that helped the working class and their children who were slaving away in the factories or actually in slavery.
And her advice to young female writers was to learn to cook not write.


Born this day in 1881, Edith Nourse Rogers,Congresswoman, from 1925–1960, as Republican from Massachusetts. Rogers still holds the record for serving the longest in congress for women.