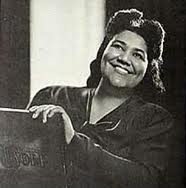 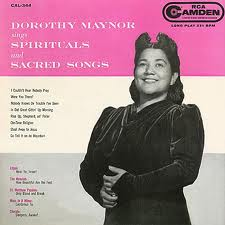 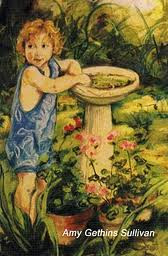 Born this day in 1910, Dorothy Maynor, internationally known soprano and founder of The Harlem School of Arts. "She had a soaring, bell-like soprano capable of exquisite musical effects, supported by a sincere and ardent temperament," wrote Nicolas Slonimsky. Manyor's career was at its height in the 1930's and 40's Depuis Le jour, from Charpentier's Louise was signature song and their was always a standing ovation. Maynor was African American was banned from singing in opera houses. She was one of the most sought after artists and one of the highest paid. The radio, and her public, Manyor's career was internationally acclaimed. Her recordings were best sellers and always heard on the radio.
In 1963 Maynor opened the Harlem School of the Arts a church annex with 12 students who she taught pinao lessons. And the rest is history or her-story. By 1979 the School was a 37,000 square foot facility with over 1,000 students in college preparatory programs in the performing arts and visual arts. A legacy that given a future to the Arts in the United States. Maynor also retired in 1979 to a quiet life with her husband in Pennsylvania.
It must also be noted that in 1975, Maynor was the first African- American to serve as one of the Board of Directors for the New York Metropolitan Opera.


Born this day in 1961, Amy Sullivan,artist,scenic artist. Sullivan's is best known for her portrait of children and her theatrical scenic work. Her scenic work is always on view at Universal Studios "King Kong" in Florida. She worked with Disney's On Ice Shows, "The Little Mermaid" "Aladdin" and many others. She was also the scenic painter for the Washington DC's Opera and the Washington Ballet. Sullivan was head scenic artist for Theatre IV's National Children's Touring shows and the Barksdale's theatre productions. Sullivan's love of children is truly expressed in her portrait painting, capturing them in intimate moments that give her subjects an endearing liveliness. Sullivan is still active in her scenic and portrait painting.
Posted by beingwoman at 4:36 PM