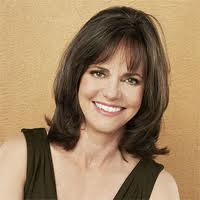 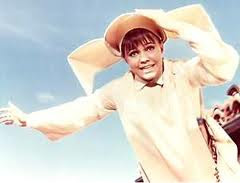 Born this day in 1946, Sally Field, actor,advocate for women's rights. Sally Field was a teen star on television in the early 1960's, first as "Gidget" fun loving teen who loved the beach and boys! Ms. Field's next role was the lead as Sister Bertrille in "The Flying Nun" and she was this young flying nun who wanted to help all the helpless, but somehow there was always somehow got into trouble, but with grace found her way out. Other like-minded roles were being offered, but... Ms. Field was in an actor's worse nightmare (after conquering unemployment) typecasting. And so she did something about it. "Sybil", a young woman afflicted with Dissociative Identity Disorder; the performance was amazing and very real. Ms. Field won the Emmy for best female actor in a lead. And she deserved it. From this point Sally Field had broken out of the loopy girl next door role and was able to go for the serious roles and part with "tooth". "Norma Rae", "Places In the Heart" won the Oscar, "Steel Magnolia's", "Murphy's Romance","Forrest Gump", to name a few, and now is she filming Spielberg's "Lincoln" as Mary Todd inwhich I have no doubt will be an amazing performance. My personal favorite Sally Field film is a hoot and amazing, "Soapdish". Very funny. She and Whoopie Goldburg are magical together.
Besides Ms. Field's film, she is also an activist for women's rights. She serves on the Board of Directors of Vital Voices Global Partnership, an international women's NGO, and has co-hosted the Global Leadership Awards six times.
Sally Field is a woman who does great work in her field but, she also stands up for women's rights which do need all the support they can get-
Posted by beingwoman at 5:45 PM