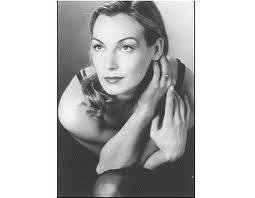 Born this day in 1898, not October 18th,1900. Austrian actor Lotte Lenya. Best known for her collaboration with husband Kurt Weill in which she created the role Jenny Diver in "The Threepenny Opera" or" The Beggar's Opera" this role won her the Tony in 1956. Lenya worked in film creating many memorable roles like the female Bond villain in,"From Russia With Love" Lenya was also nominated for best supporting female actor, "The Roman Spring of Mrs. Stone".
Listen to the voice, Lotte Lenya.

On this day in 293, Saint Susanna, Saint Thecla, and Saint Archelais, three young girls who fled Nola, Italy to escape persecution of their faith. They were captured, arrested, tortured and then beheaded in the city of Salerno, Itlay
Posted by beingwoman at 11:46 AM